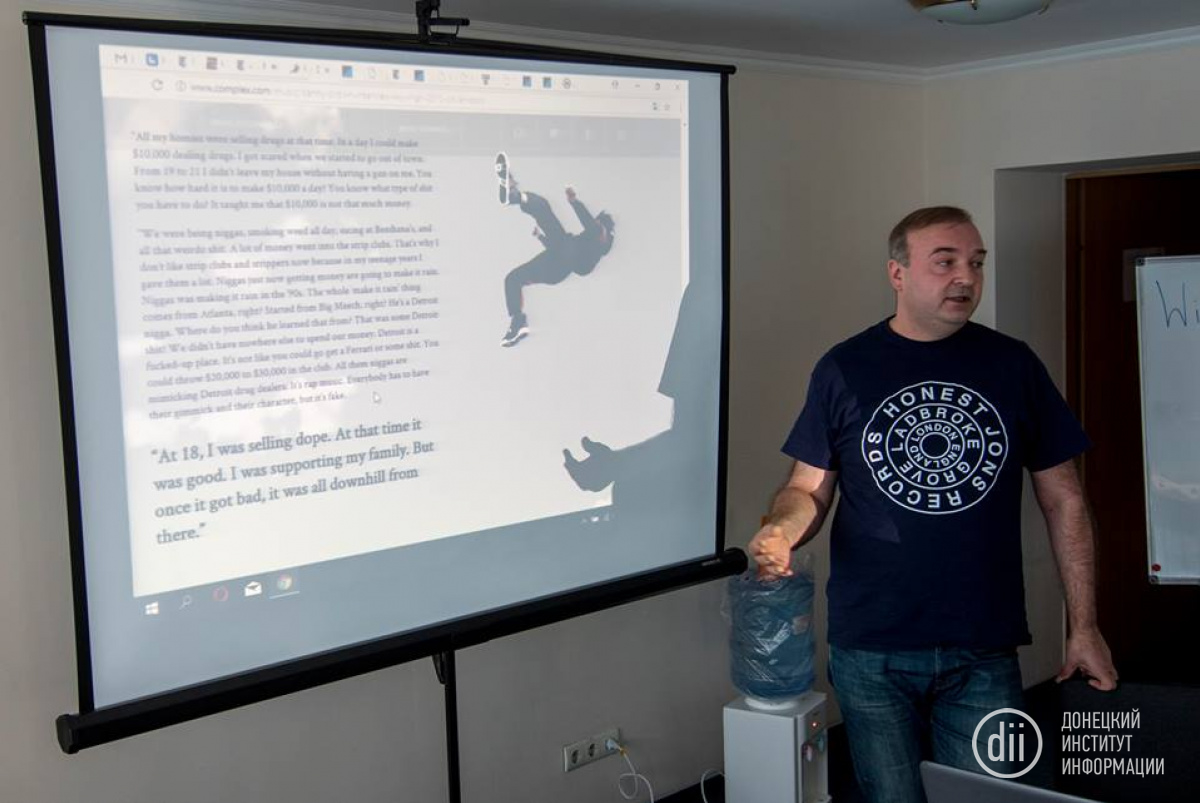 Directing Multimedia Stories training session took place in Mariupol and Kramatorsk. Directing Multimedia Stories, a training and lecture session conducted by Vlad Azarov, head of HromadskeUA projects was visited by more than 20 journalists from the Donetsk and Zaporizhzhya regions on September 18, 2017 in Mariupil and September, 20 in Kramatorsk.

The training session was devoted to the strategies of gathering information for stories from a scratch, arranging the stories logically, finding characters, choosing the logics in a way which would allow the audience understand the idea.

The following questions were discussed:

The journalists learnt new information about structuring, combining and building the logics of a “skeleton to skin” narration.

Coach — Vlad Azarov, Hromadske projects editor. He used to be one of Time Out Kiev Weekly editors (London city guide which was published by a franchise in Kyiv). After that, he was editor-in-chief of Znaki.fm site about modern culture. The site was on the short list for Artemiy Troitsky award “The best media about culture in Russian”. Later, he worked for three years as one of “Forbes” editors (it was a social and economic project about recreating world mining regions for the Centre of Labour Market Monitoring, the project was also conducted on Delo.ua site basis).

The training was organized by the NGO Donetsk Institute of Information in partnership with German NGO MiCT (Media in Cooperation and Transition), and with the financial support of the Ministry of Foreign Affairs of Germany. 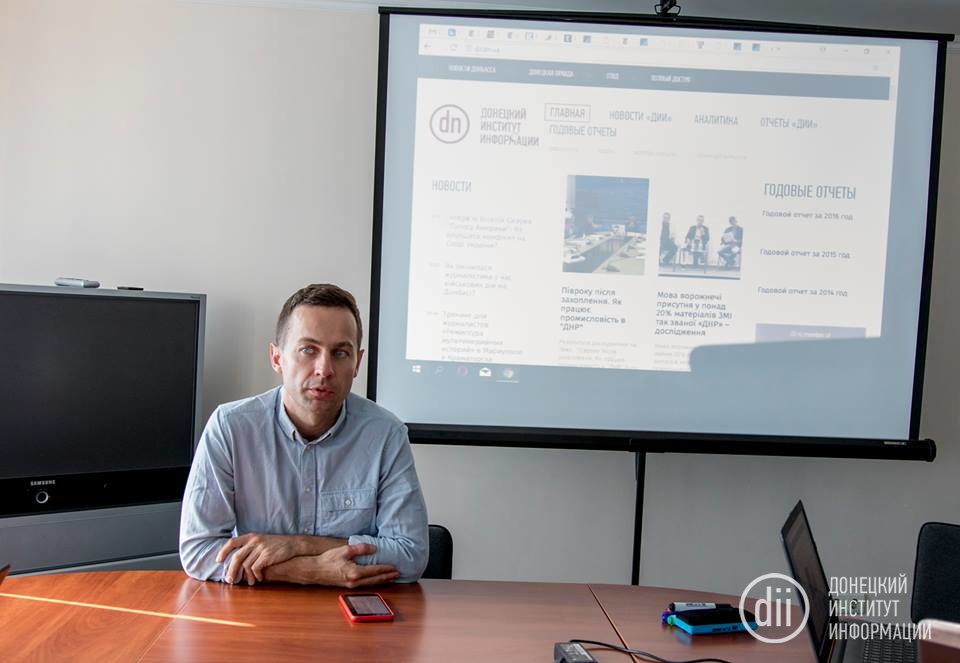