This year is expected to be special for the reintegration of Donbas and for the peace process in Ukraine. We wish to shape national and regional contexts approaching these issues.

The DMF organizing committee is open to cooperation.

The Ukrainian Government recently published its Action Plan. According to the Plan, it is going to create a mechanism to overcome manipulative fake news. Also, it aims to maintain the reintegration of residents of non-government controlled territories back to Ukrainian society, particularly in the cultural and media spheres. Another important goal is to protect the human rights and interests of people affected by the conflict in Donbas.

For the last few years, the same topics have been a significant part of the Donetsk Institute of Information strategy. Since 2014, our task was to create opportunities for communication between people from the non-government controlled areas and the Ukrainian authorities, NGOs, local activists, and the rest of Ukrainian society.

In 2018, to promote the idea of reintegration of Donbas the Kalmius Group of experts was assembled on the basis of the DII. Conducted public opinion surveys, produced analytical materials and recommendations for stakeholders resulted in the significant shift of public narratives towards the peaceful reintegration of Donbas.

DII assumes that the process of reintegration of Donbas is affected by disinformation campaigns in Ukraine, as well as in Russia. To impact on this issue, the DII creates the content also targeting the Russian-speaking population in the neighboring countries.

For example, see the materials of the Live Now project:

Professional and unbiased media matter when it comes to the further development of Donbas and restoration of ties ruined during the period of war, to the reintegration of the region and to the formation of civil society in the whole country.

Our flagship project aims to unite media influencers around Donbas. Emerged in 2015, Donbas Media Forum has become a place to offer the best knowledge on delivering balanced information on overcoming propaganda, on investigative journalism and journalist ethics, on the news architecture, and on new types of media. Besides that, the DMF programs are focused extensively on media management and editorial policy.

Also, each year the Forum incorporates the best practices from foreign colleagues competent in war and (post)conflict journalism, as well as in combating disinformation on the international level. Since the very beginning, the DMF collects expertise and establishes a professional network in the area of media content, management, and distribution.

Presently, the DII team managed to develop the Donbas Media Forum into the main annual professional gathering for local media from different regions of Ukraine with a special focus on Donbas.

Its mission is to protect and to strengthen professional journalism in Ukraine and in Donbas in particular, to increase the level of trust in Ukrainian media, to contribute to reintegration processes and to overcome hate speech applying tools of unbiased journalism.

We are starting preparations for the Forum-2020 and open for cooperation: 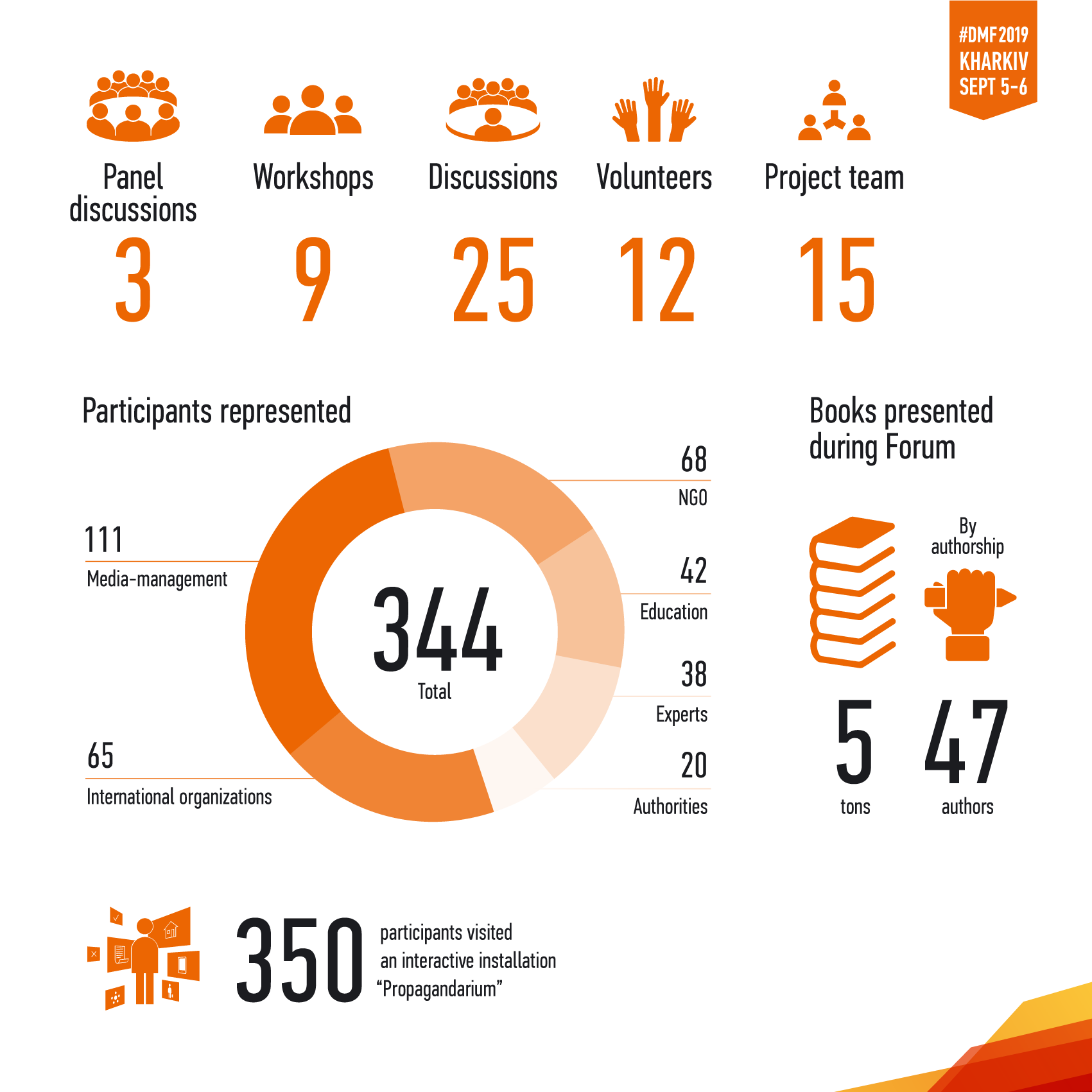