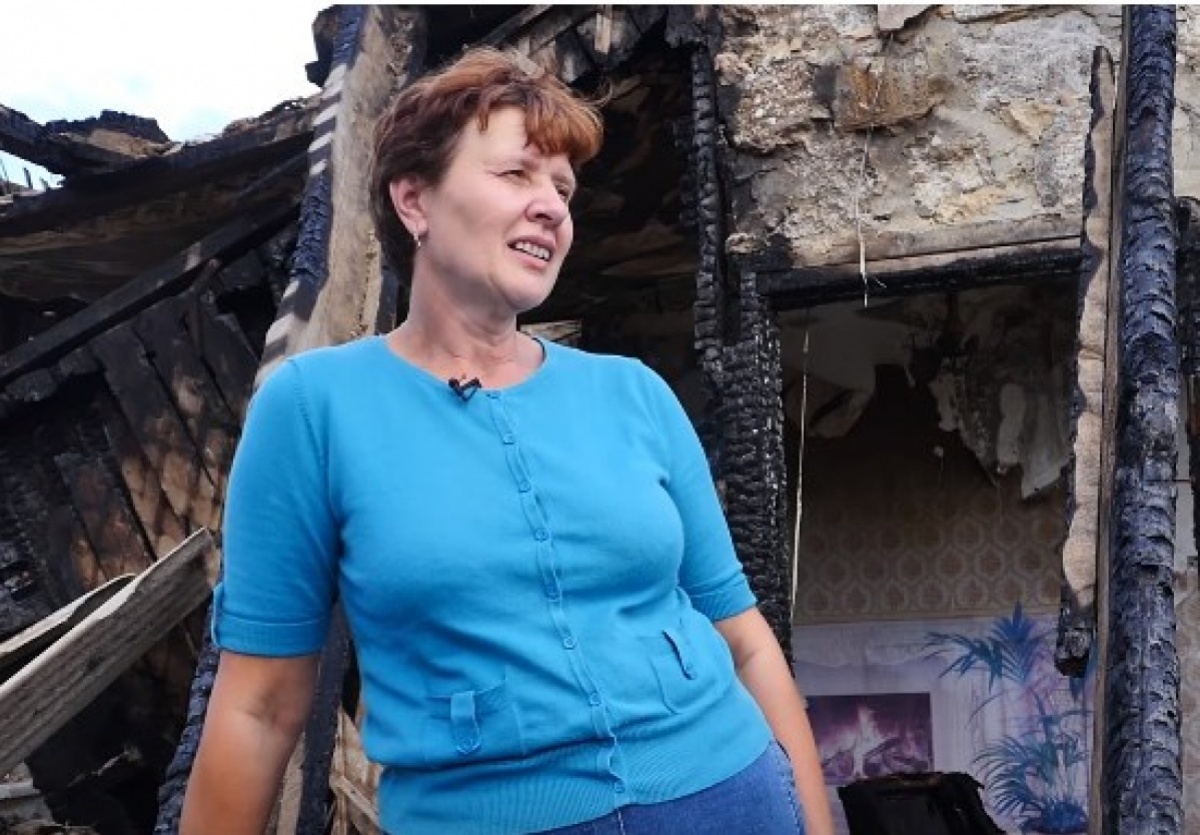 NGO “Donbas public TV” launched the project “Live now” that is being implemented in cooperation with the European endowment for democracy. “Live now” is series of 40 short video stories of 2-3 minutes length that tell day-to-day realities of the people on Donbass and allow to hear the voices of the dwellers of the region embraced by war. 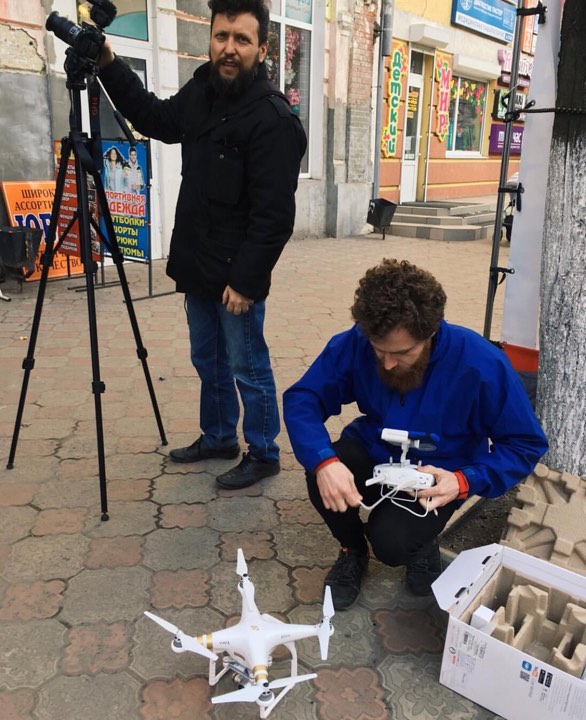 The shooting team searched for heroes and stories in close cooperation with executive producer, consultant from the European Endowment for democracy Daniel Burbidge, who contributed to the process of production of stories at all stages and gave recommendation to the project team. The filmings were made mostly on the territory of Donetsk oblast controlled by Ukrainian government as well as in the so called “grey zone”. The goal of the project is to foster the decrease of social tension and establish national dialogue in Ukraine as well as influence the increase of mutual understanding, sympathy and solidarity among Ukrainians. “Live now” series raises such issues like forced displacement, social adaptation, psychological rehabilitation of injured, aggrieved persons and combatants, access to electricity, heating, food, education, dangerous proximity to mined areas and many other. All stories will be published on the Youtube channel of Donbas public TV in a separate playlist. The outcomes of armed conflict in Donbas during the last 3 years touched millions of people. 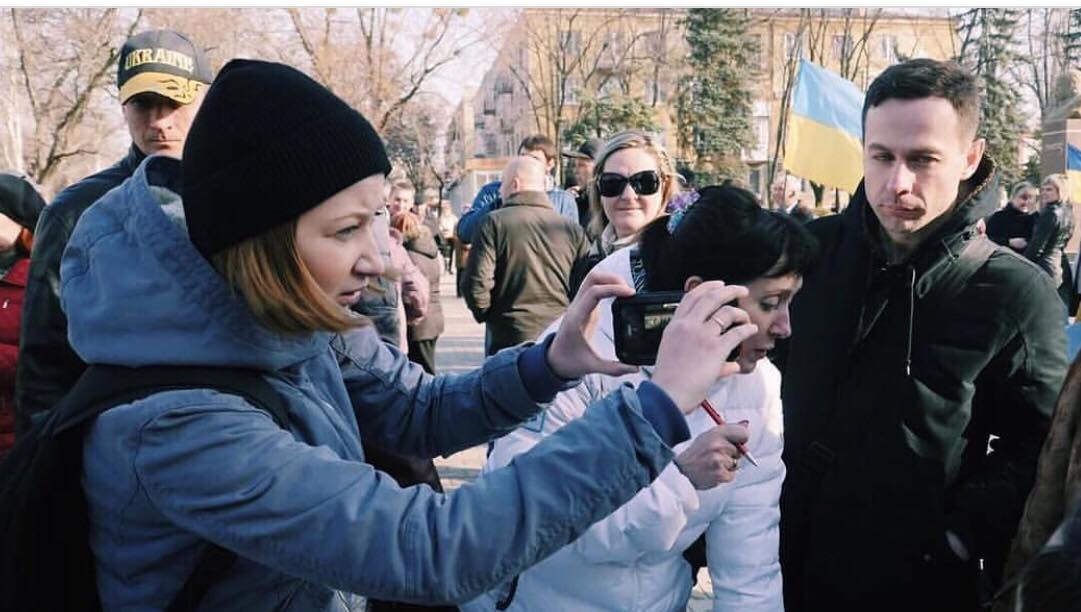 About 1,7 mln of officially registered IDPs, more than 5 mln people remain in the war zone, several thousands of civilians were wounded and thousands of combatants of anti-terrorist got disabilities. “Live now” shows the faces of people touched by conflict in Donbas and record the history of Donbas through humane prism. For the majority of people living in the region the life will never be the same. After the relocation IDPs face special problems that appear as a result of their social vulnerability. These are primarily security issues, access to food, clothes, heating and significant stress because of the necessity to build new life in new circumstances. Apart from IDPs millions of people remain on both sides of demarcation line, they are forced to survive in new severe conditions: ruined infrastructure, no access to water, electricity, transport and other. Wounded and disabled person as a result of armed conflict require medical care, social and psychological rehabilitation. Some even lost the ability and will to act and build their life in new reality. In such difficult circumstances people in Donbas are forced to live for today, live now and we try to support them, by telling their stories to vast audiences. 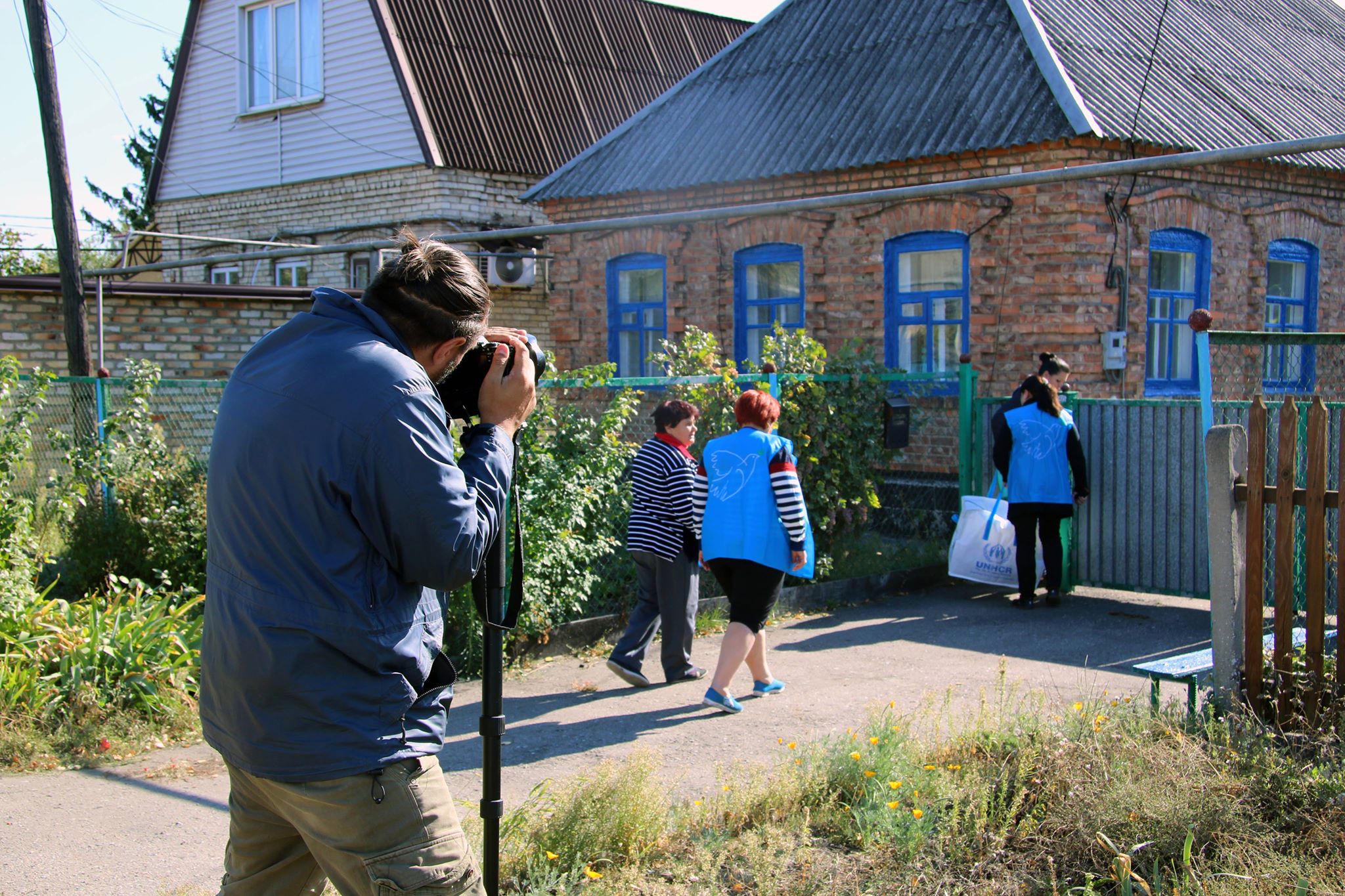 Some problems people living on the Donbas front line face on daily basis could be dealt with at least somehow before the war. Some did not exist at all. For example, traffic fares have increased considerably and without traffic the locals get neither food, nor quality health care.

The village of Vidrodzhennya (Bakhmut district, Donetsk region) is left without public transport. There were 187 residents here before the war, now the population has decreased and it mainly consists of seniors.

Lyubov Berladyan lives in a small house on the edge of the village. She says that only those who have a vegetable patch and some domestic animals can survive. People have to walk six kilometres to Myronivka, the nearest village, to buy some food or medicine, but there may not be necessary items there. Sometimes people have to go to Bakhmut to get what they need and the distance is about thirty kilometres. Those who have their own transport can do this and their neighbours sometimes ask them to bring some things they need. It is also possible to hire a car but it costs about 350 hryvnyas.

“Only a school bus gets to us. That`s all. This cart comes here three times a week”, tells us a local. Traffic problem is one of the most painful issues not only for Vidrodzhennya. Localities whose residents are the hostages of the situation are situated all along the demarcation line. Representatives of the Donetsk regional military and civil administration say that they are aware of the problem in the grey zone but currently it is impossible to solve it.

“I cannot address this issue on the regulatory level”, says Pavlo Zhebrivsky, head of Donetsk regional military and civil administration.

The majority of carrier companies that work in the Donetsk region passenger routes are private ones thus, the regional administration cannot force them to change their itinerary. Volunteers are aware of the village problems as well. They say that they try to help the locals but they cannot tackle the traffic problem either. Only one paramedic station works in the village and Halyna, the nurse who works there cycles to scheduled visits. She has been treating residents of two villages, Vidrodzhennya and Rota, for eight years.

In case of emergency she can give her patients some medicine, those who need more serious help must go ten kilometres to the nearby village of Myronivsky, however there is no public traffic connection between the two localities. Representatives of the Department of health care of Donetsk regional military and civil administration ay that they are aware of the problem but they cannot currently solve it as the condition of the roads is extremely bad.

The residents of Vidrodzhennya say ironically that the only way to improve the health care is the village is not to fall ill.

According to the police reports, 320 residents of the towns of Krasnohorivka and Maryinka have suffered in militants’ shellings since the beginning of the ATO, 74 of them have perished. 23 adults and three children were injured in 2017. One of the most serious attacks on Krasnohorivka took place in May 2017, three civilians, two women and one man suffered as a result, more than forty buildings, including a hospital and school #2 were damaged.

It took more than a month to restore the hospital and school, the locals were helped by law enforcers, servicemen and rescue workers. Three out of five Krasnohorivka schools have been destroyed since the beginning of the hostilities. They are closed now.

Hundreds of children have to go through dangerous areas to get to school. The local authorities cannot change the situation in conditions of war. “If the state invests millions to rebuild the school and it gets destroyed tomorrow it will be a huge financial loss”, says Oleh Lyvanchuk, head of Krasnohorivka military and civil administration.

Teachers of two remaining town schools do their best to help their pupils get education. Safety lessons where pupils are told what to do in case of shelling are held at schools regularly. Central heating has been cut off for houses in Krasnohorivka and Maryinka for three years. People use electric heaters and ovens, but the temperature inside hardly reaches ten degrees Celsius. The locals say that it costs about five thousand hryvnyas to heat a house in winter. Some people gather firewood or cut dry branches in nearby woods, they are not scared off by the signs warning about land mines. The town authorities say that currently it is impossible to restore damaged boiler houses and gas pipes as it is expensive and none of the conflict sides can give safety guaranties. Electric heaters are an alternative to ovens but they are expensive so even despite the reduced electricity fares the locals who live in multistoried houses pay up to three thousand hryvnyas a month. Volunteers also help the locals to combat the cold weather. The Papal Foundation distributes solid-fuelled boilers. 600 houses in Krasnohorivka and Maryinka are to be equipped with them. As for multistoried buildings, the date is unknown yet. Heating points equipped by local entrepreneurs also appear in Krasnohorivka streets.

Anyone who is cold can warm up there. As nothing is changing on the front line, Krasnohorivka residents are trying to use all means to combat cold weather. At the same time utility service workers warn that even if gas supply is restored there will not be central heating in these towns.

There is no centralised gas supply in Avdiivka either. It was cut off more than six months ago as a result of shelling in June 2017. Civil servants claim that the problem has nearly been solved, a new gas pipe from Ocheretyne is ready for trial and launching. However, this is not the last problem for Avdiivka residents. 23 thousand people who live in the town where hostilities take place on the outskirts have lost access to justice. The city court closed down in 2014 when the war broke out. When they need to get to court, Avdiivka residents first have to go Pokrovsk which is thirty kilometres away, then they change buses and go for another 35 kilometres to Selidove. Disabled people cannot do this without any assistance and a taxi costs 500 hryvnyas. Some court officials and lawyers have to travel dozens of kilometres as well. “The round trip is about 100 kilometres, we spend more time travelling”, says Vitaliy Kostnykov, a lawyer. He adds that state institutions such as military and civil administration, treasury, Pension Fund departments, primary and secondary schools and a hospital had resumed their activity in the town a long time ago. The local lawyers gathered a group of activists, wrote a petition addressed to the government, and addressed the Supreme Court Collegium to resume the court activity in Avdiivka. They are still waiting for the answer and thousands of Avdiivka residents who need the court to protect their rights still have to deal with the problems alone.