Discussion about the methods of combatting propaganda in Mariupol

Discussion about the methods of combatting propaganda in Mariupol

In Mariupil, journalists, civil servants, activists and students of local universities discussed the methods of combatting propaganda. The meeting was organized by NGO Donetsk Institute of Information on September 18.

Oleksiy Matsuka: I suggest to discuss the way mass media use the information and data they have for biased interpretation of some events and realia. We know that we have been under colossal pressure of different propaganda stereotypes and formats for nearly three years, they influence people and decisions they make. People often think that if a newspaper has published something, this is true. However, as journalists we are aware of the fact what can be hidden behind this. There can be deliberate manipulation, political advertorials, violation of standards, violation of journalism ethics and so on. I want to believe that journalists who are present here obey standards of journalism. However, we know some negative examples. They take place one hundred kilometres away from here, in Donetsk where we witness examples of manipulative journalism, punishing journalism which persecutes separate people, whole groups of dissidents, or those who do not fit the general discourse which is offered by separatist groupings in Donetsk. I want to believe, that such things are impossible here. What is controlling journalism? Well, we all know who Olha Freimut is. This is an example of controlling journalism: a journalist does fact-checking, conducts an investigation, interviews public figures to inform the audience about some important themes. We all know these ways. These are the tools used by controlling journalism. However, today, when there are so many massive disinformation campaigns around us, the fourth tool used by controlling journalism which is checking the sources of information that are available for us and that we use for preparing our own materials. One of the examples of controlling journalism and fact-checking is our project “We tell the truth”. It is aimed at local TV and at Internet channels so that people who live on uncontrolled territory would get an opportunity to see an alternative point of view on how a journalist can work, how the information which, as the “DPR Ministry of Information Policy” claims is true, can be checked. Our hypothesis, the way our Organization works is as follows: the more verified data concerning “DPR” and “LPR” we present, the sooner we will be able to win the trust of the audience located on the uncontrolled areas. Then, a person who has seen our video or has read our article will say: “This is a reliable piece of information, checked by a trustworthy news agency which has a solid reputation. We can trust it.” Can we build such media in Ukraine, here, in the Donbas, to be sure that they are trusted on both sides of the conflict line? These are the questions to us and the ones we are going to discuss today, during our one-hour round table. 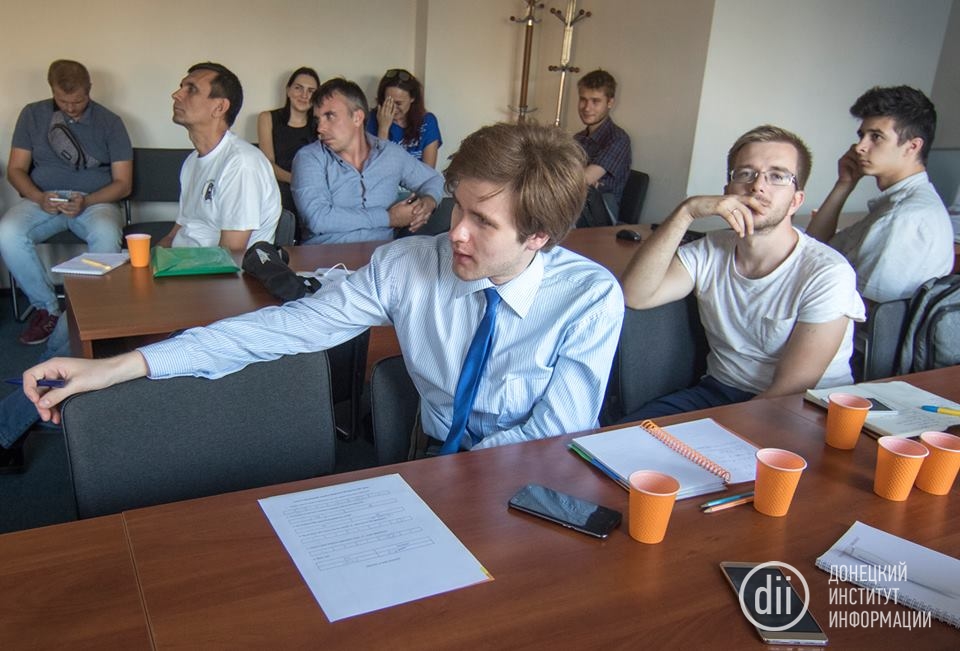 Julia Didenko, journalist: You have probably heard about StopFake. Margo Hontar was our expert as she and her team have been into this for three years. Their idea is to refute fakes and disinformation created by Russian MM. There is no such thing concerning “DPR MM” in Ukraine. This is why we decided that something should be done as their propaganda and disinformation are getting more and more sophisticated. They used to produce sheer nonsense, but now they have become more creative. They have stopped making fakes which betrayed themselves when you could easily say: “This looks like fake, this is a lie.” Currently, what they produce more disinformation which should be explained. So, when we decided to make this programme, we thought about making a series where we would every time address some hairdressers, bartenders, neighbours sitting near the house and ask them if they understand what a fake is, how to refute it and how to understand where the truth is. 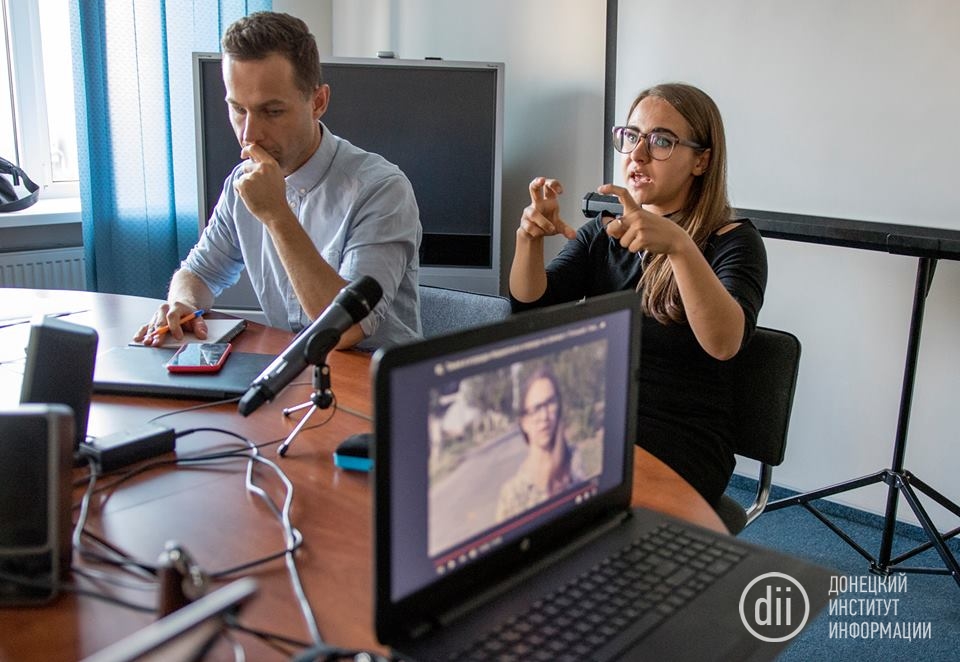 Round table participant: First of all, I would like to say that the programme is great. I like its simple language and relaxed atmosphere, I like the fact that you do not read the information, you tell the audience about the events. It can be easily seen that you feel at ease while communicating with people.

Round table participant: First of all, this is a really burning issue now. I visited a similar training session a year ago. We saw some reports which had been made in Japan and which said that there was a war in the Donbas and the situation was so tough that people who lived there had to eat snow. They showed some photographs and videos, and everything had been shot and cut in such a way that people really believed that. Personally I have been to Europe and when you say there where you are from, people make round eyes and ask if this is true. It means, they believe this. So, disinformation problem is a really burning issue nowadays. 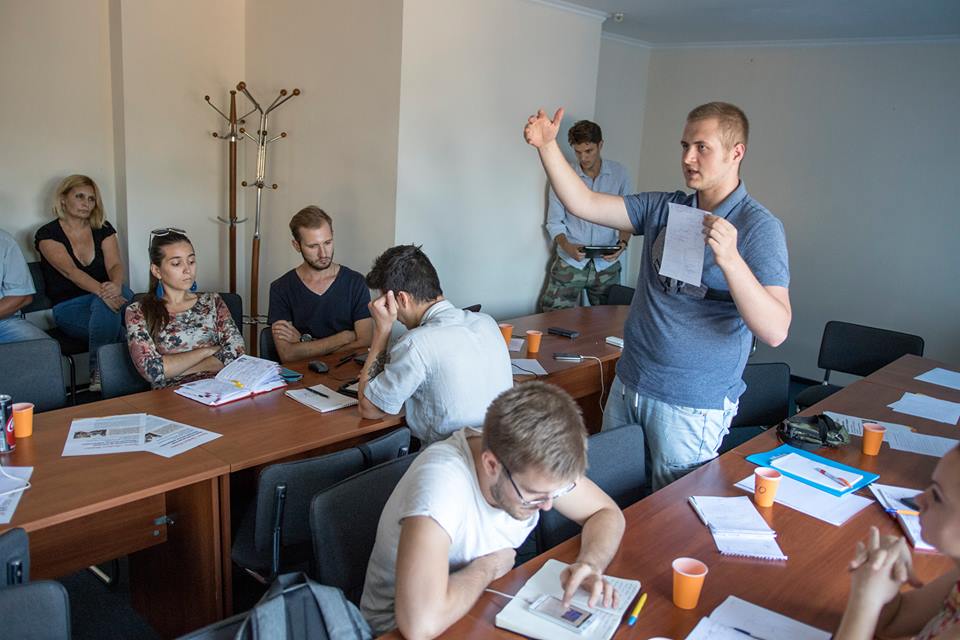 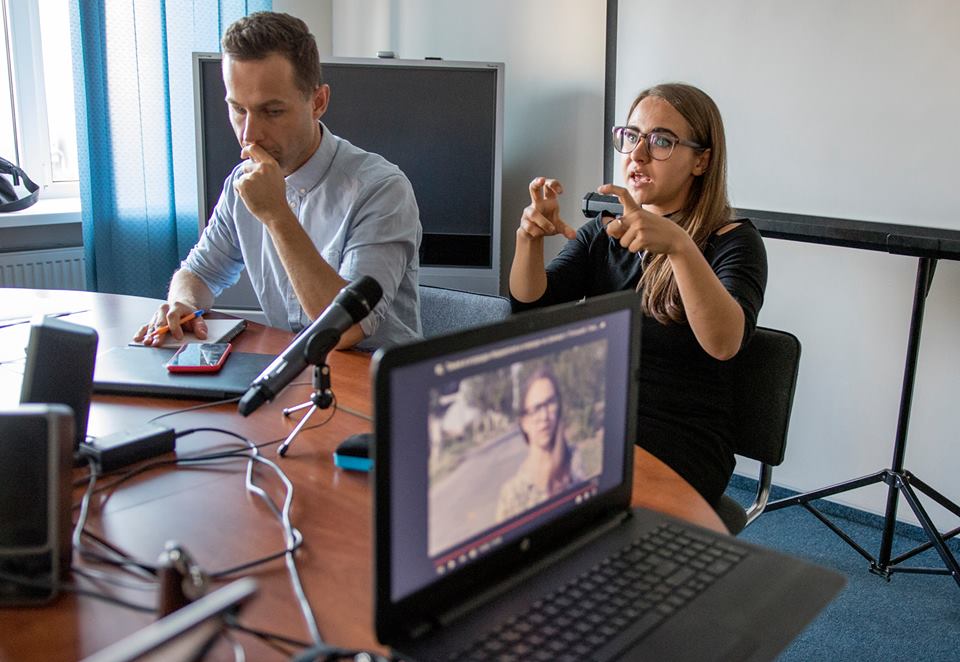 Round table participant: Journalism is a terrible weapon which can revive and which can kill. This is why I would like to address all those journalists who make reports and to tell them that they should understand that there are people’s fates behind their reports. These fates can be either revived or destroyed. Why? Because there are some examples which are discussed by people. People see everything clearly and they can read between the lines. They understand really well which journalist is lying and which one is telling the truth. This is why I would like to ask journalists to join your project “We are telling the truth”. The more of them do this, the better and easier our life will be.