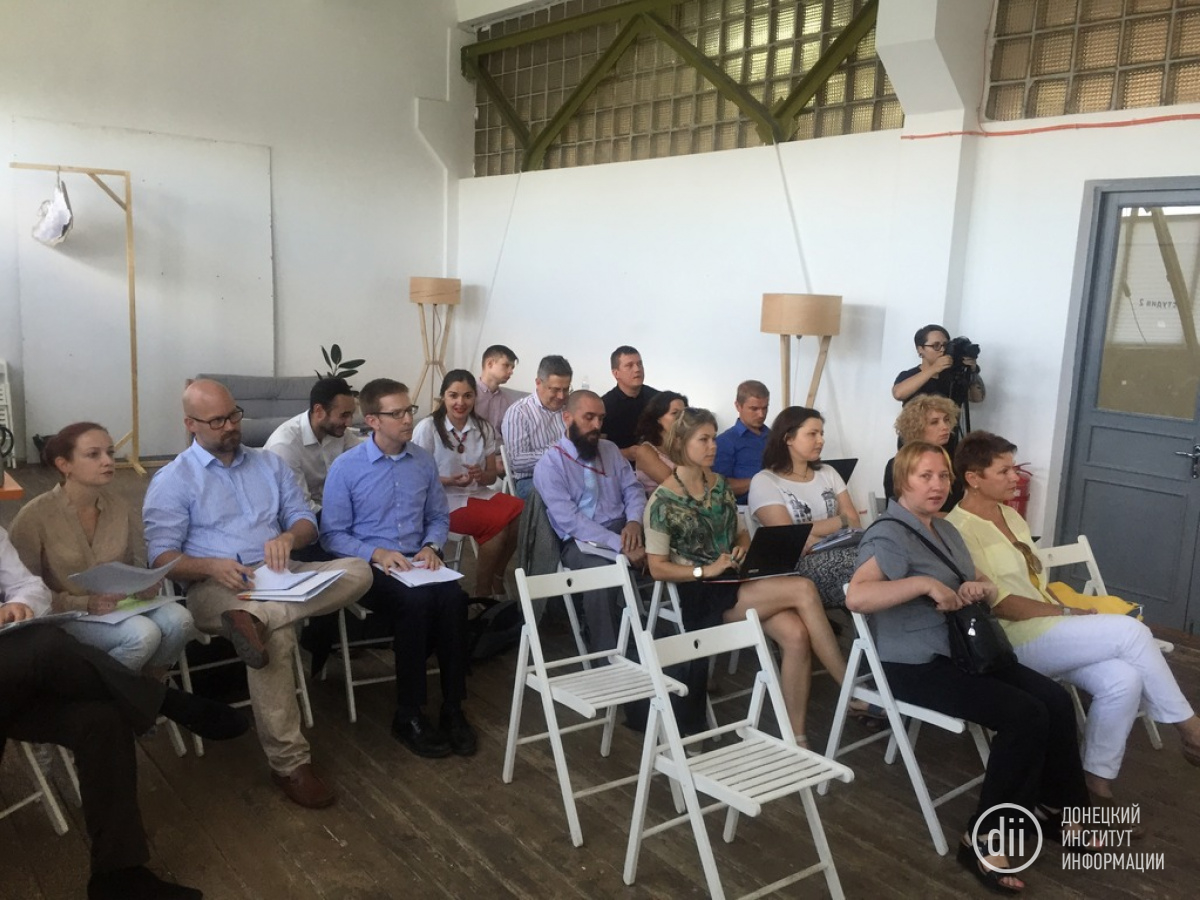 Direction of programme activity #1 “Stable and successful realization of the principles of democracy in the region which is conducted with the help of an analytical centre, and implementation of new instruments of civil society influence on the development of the region”

A rally of Donetsk Railroad workers took place in Yasynuvata (Donetsk region) which is not controlled by the Ukrainian Government on May 28, 2016. Railroad workers demanded a pay rise. A memo devoted to the situation with railroad cargo transportation across the demarcation line in the Donetsk region was prepared by Vitaliy Sizov.

Democracy problems in the region and in the country, human rights protection remained in the centre of “DII” attention in July:

Court of Appeal shifted the session where the issue of returning the ATO prosecutor’s salary (28.07.2016)

Donetsk region Prosecutor is asked to fire “those involved in corruption and those who protect them” (09.07.2016)

Druzhkivka residents held a rally because of water shortage (21.07.2016)

Ministry of social policy asks volunteers not to hamper their work (20.07.2016)

Makiivka residents to sue Ukraine in the European Court of Human Rights for the second time (12.07.2016)

IDPs to address court to renew payment of welfare benefits in Druzhkivka (13.07.2016)

"Fighting for the land: Who wants to oust IDPs from a hotel in Kyiv vicinity?"

Direction #2. “Contributing to freedom of speech in the region”

A serious battle on Donetsk outskirts - 8 171

“News of Donbas” continue following the situation with entrepreneurs who remain on the occupied territory. Our news agency was the first to speak about this problem, analyse it and speak about it in a more profound way that other news agencies who are interested in the theme. After “News of Donbas” reports “DPR” leaders had to meet with the city and region entrepreneurs. Business in “DPR” times: no money, no funny Makiivka entrepreneurs are told not to praise old market management Donetsk entrepreneurs will have to prove in court that they own their kiosks “We are sick and tired”.

What do Vinnytsya residents know about Donbas? 12 275 views

Donetsk survey: What salary do “DPR deputies” get? 6 464 views

LGBT rights and problems were analyzed by our journalists in July 2016:

How to eliminate barriers for minorities in Ukraine — a discussion in Mariupol. (25.07.2016)

4 issues of “The Donetsk Truth”, a newspaper for Donetsk residents, were published in July.

Financial report of the Organization for June 2016 was approved of by the Board and posted on the site.

Preparation for Donetsk Media School which will take place in Slovyansk in September has started. Please, contact us if you want to learn more or to be a participant.

Distributional campaign for “DPTV” video content continues. New procedure of tender purchases for a studio in Slovyansk ( “DPTV”) has started.

A wage rate scale for contractors’ services was introduced to overcome this risk. A system of assessing the quality of the product is also applied for contractors who work on “DII” programme aims. There is a constant threat to “DII” media authority as it is impossible to verify some information from the occupied territory. This is why “DII” conducts trainings to increase the skills of verifying information.